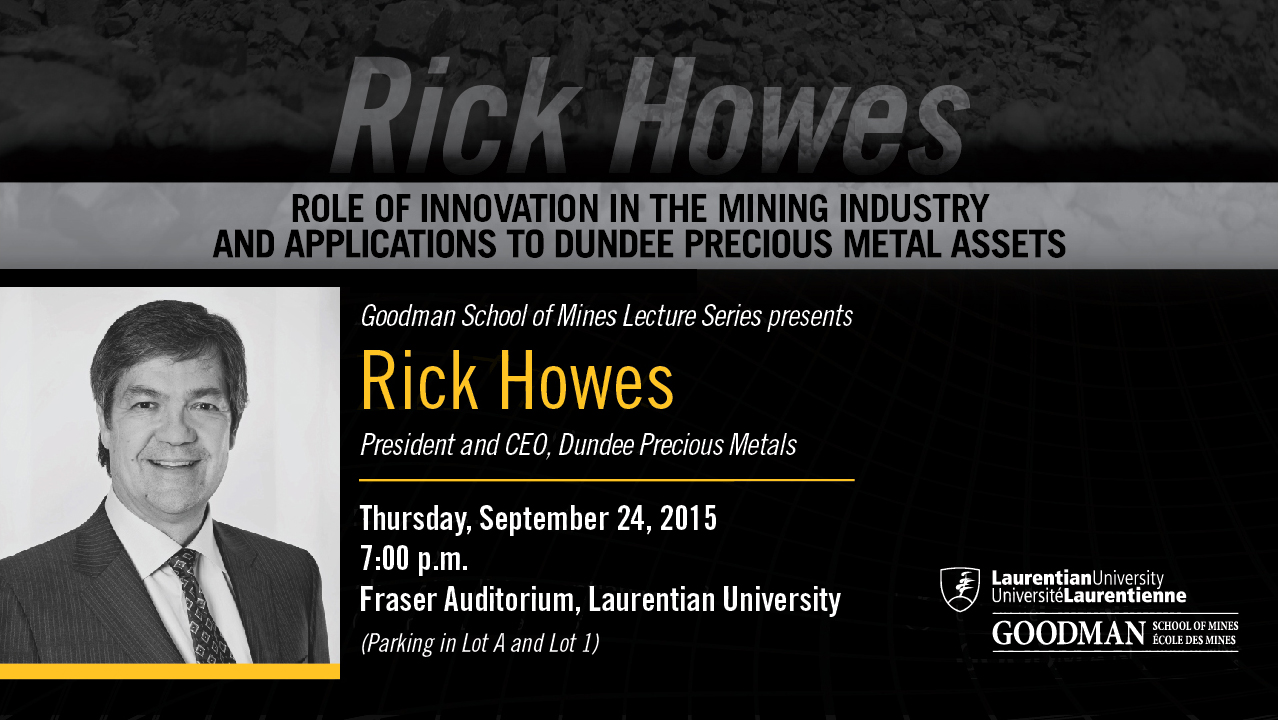 Rick Howes is a Professional Mining Engineer with over 34 years’ experience in the mining industry. His extensive industry experience includes progressive technical, operating, management and project roles in many of the largest Canadian underground mines and mining companies throughout Canada and most recently internationally.

Throughout his career, Mr. Howes has been closely associated with the practices that make for world-class mining operations including Inco’s North Mine which won the 2006 Ryan Award as the safest mine in Canada. He is a visionary leader in mining and organizational innovation and transformation to create competitive advantage.

Mr. Howes joined DPM in early 2009 as General Manager and Executive Director of Dundee Precious Metals Chelopech EAD and, in November 2010, was appointed Executive Vice President and Chief Operating Officer. In April 2013, he was appointed President and Chief Executive Officer. Prior to joining Dundee Precious Metals, Mr. Howes worked for 30 years in various operating and technical capacities in the Canadian mining industry working for major mining producers including Vale Inco, Falconbridge and Cominco. Mr. Howes attended Queen’s University where he earned a Bachelor of Science degree in Mining Engineering.