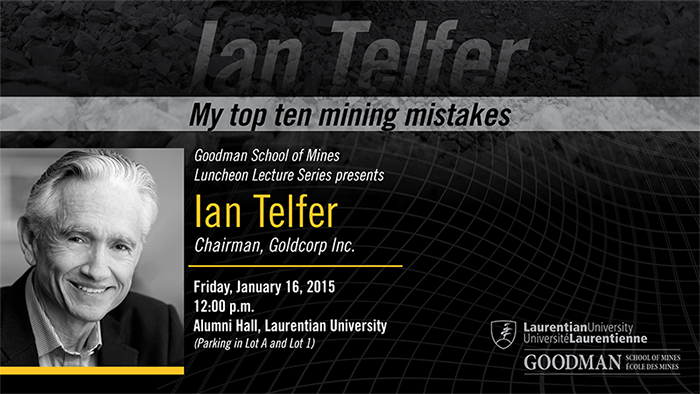 Ian Telfer, Chairman of Goldcorp Inc., will speak on invaluable lessons learned from his career missteps as part of the Goodman School of Mines Lecture Series. A compelling storyteller with a self-deprecating sense of humour, Ian will entertain and inspire at this special luncheon event.

Ian Telfer is the Chairman of Goldcorp  Inc., the worlds third  largest gold producer and for the past thirty years  has served as a director and officer of a number of Canadian and International Mining Companies.  Mr. Telfer was also Chairman of the World Gold Council from 2009-2013 and in 2006 was honoured as Western Canada’s Entrepreneur of the Year.