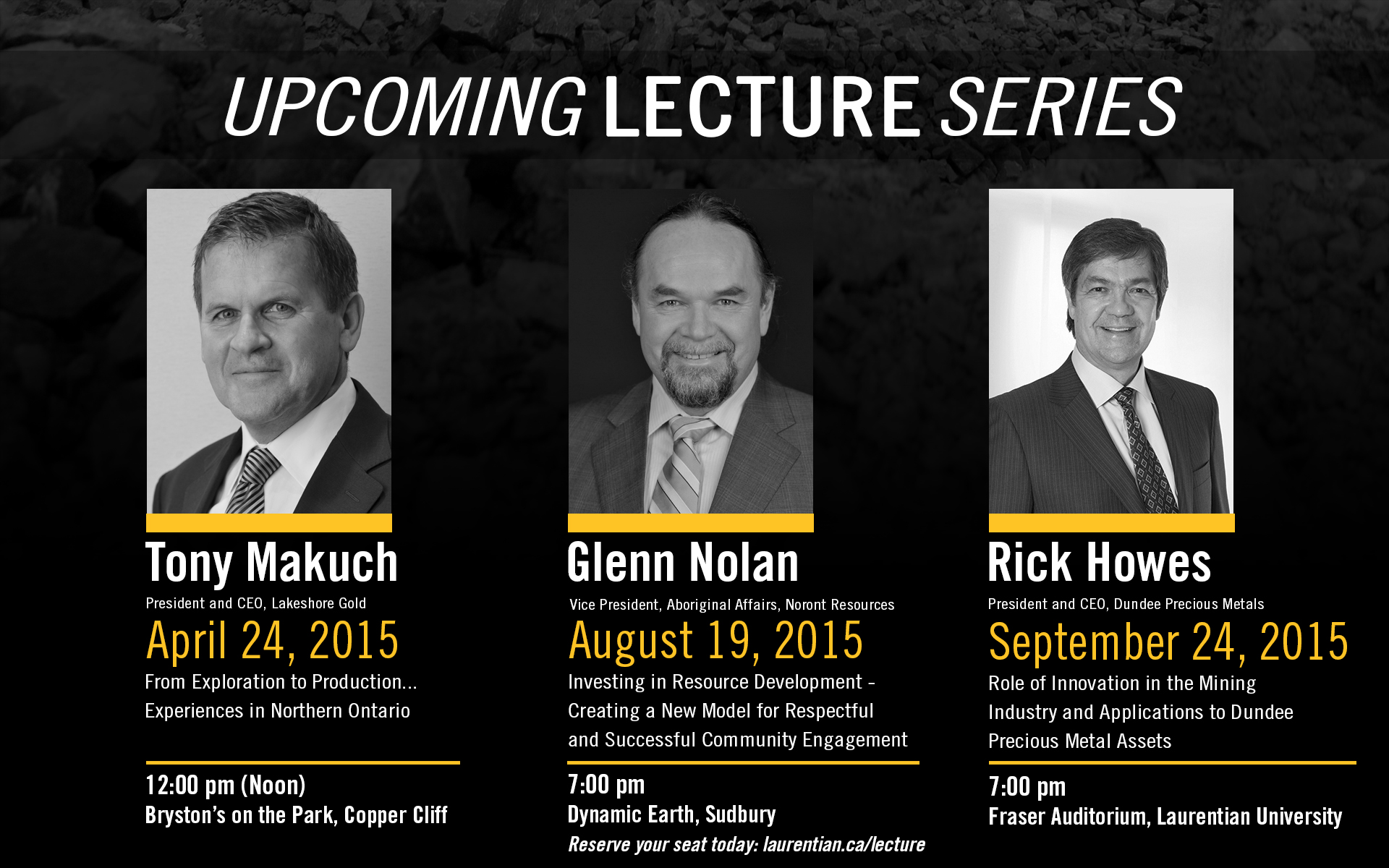 From Exploration to Production… Experiences in Northern Ontario

Anthony (Tony) Makuch joined Lake Shore Gold as President and CEO on March 1, 2008. He is a professional engineer (Ontario) with 30 years of management, operations and technical experience in the mining industry, having managed numerous projects in Canada and the United States from advanced exploration through production.

Between January 2006 and March 1, 2008, Mr. Makuch was Senior Vice President and Chief Operating Officer for FNX Mining Company Inc. From 1998 to December 2005 he held several positions with Dynatec Corporation, including Operations Manager and VP, Operations.

Glenn has had a long career in the exploration and mining industry. His career has varied from working for multinational corporations to owning and operating his own exploration contracting company to his present role in working with a dedicated team in the development of a mining project in Ontario’s “Ring of Fire”.

Glenn is a member of the Missanabie Cree First Nation located in North Eastern Ontario and served as Chief for three consecutive, three-year terms. He serves on many not-for-profit organizations in Canada and internationally and advises foreign governments on policies related to indigenous people and resource development. In 2013 Glenn was recognized with the Queen’s Diamond Jubilee medal for his many years of volunteerism.

Currently, Glenn is Vice President, Aboriginal Affairs, for Noront Resources and is a board member of a publically traded diamond exploration company. He is the immediate past president of the Prospectors and Developers Association of Canada, the first Aboriginal person to hold that position.

From Exploration to Production… Experiences in Northern Ontario

Rick Howes is a Professional Mining Engineer with over 34 years’ experience in the mining industry. His extensive industry experience includes progressive technical, operating, management and project roles in many of the largest Canadian underground mines and mining companies throughout Canada and most recently internationally.

Throughout his career, Mr. Howes has been closely associated with the practices that make for world-class mining operations including Inco’s North Mine which won the 2006 Ryan Award as the safest mine in Canada. He is a visionary leader in mining and organizational innovation and transformation to create competitive advantage.

Mr. Howes joined DPM in early 2009 as General Manager and Executive Director of Dundee Precious Metals Chelopech EAD and, in November 2010, was appointed Executive Vice President and Chief Operating Officer. In April 2013, he was appointed President and Chief Executive Officer. Prior to joining Dundee Precious Metals, Mr. Howes worked for 30 years in various operating and technical capacities in the Canadian mining industry working for major mining producers including Vale Inco, Falconbridge and Cominco. Mr. Howes attended Queen’s University where he earned a Bachelor of Science degree in Mining Engineering.